Anna Everything About Tennis

Anyone aspiring to be a professional tennis player will usually play on a variety of different surfaces. Here, we examine arguably the most difficult surface to play on: clay.

In professional tennis, there are actually two forms of clay court used. The first, red clay, is the primary surface seen in the major tennis events in Europe. The second, green clay, is predominantly featured in Northern American tournaments. The two types of clay, however, differ little aside from their color, and feel fairly similar to play on.

Clay courts tend to be the slowest that any tennis player will experience. The ball bounces high, and slowly. This means any baseline-based player will have time to set up their shots. Clay is often seen as the exact opposite of grass: where grass is fast and favors big servers, clay is slow and big servers tend to struggle as the slowness of the surface removes their primary weapon.Ã‚Â

The French Open – sometimes referred to as Roland Garros – is the only Grand Slam Major to be played on clay. As the tournament is in Europe, it is played on red clay in Paris, France. The French Open is widely considered the most difficult Grand Slam to win, as was evidenced by Roger Federer who despite a near-total domination over the game of tennis, took many attempts before finally winning the tournament in 2009. His main rival, Rafael Nadal, is arguably the best clay court player of all time, and to date has won the French Open five times.Ã‚Â 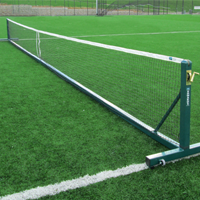 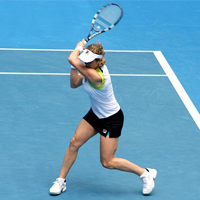